Login
This is my search section here
Times and DirectionsContact Us 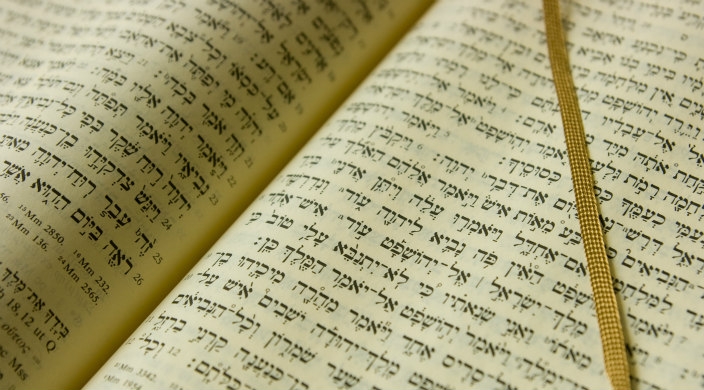 Inwardly Digest - It's a Bit Messy

Psalm 22:20-31 exhibits a feature that’s common in the Psalms. There’s probably a technical poetic or academic word for this, but I haven’t taken the time to look it up. It’s this sudden shift of who’s being addressed. Without warning or notice or clarification, a Psalm will go from talking to God to talking about God (to others? to self? to the faithful? to the enemies?) to talking to self to talking about self (to God? to others?).

It’s far more fluid than I would have expected and it makes it quite difficult to understand at times. Or to pray. How do I pray to God with a Psalm when the Psalmist seems to be talking to his enemies rather than to God?

One practice that helps me slow down and process who is speaking to whom in a given line is to ask, If I were a director of a play, what would the camera shot be? Who’s on stage? What’s the blocking? Where is the speaker actually looking when these words are spoken? To be sure, asking these questions is not the same as knowing the answers to them, but stretches my imagination and engagement with the Psalm.

Deliver my soul from the sword,
my precious life from the power of the dog!
Save me from the mouth of the lion!
You have rescued me from the horns of the wild oxen!

I will tell of your name to my brothers;
in the midst of the congregation I will praise you.

But then in verse 23, it shifts to the “brothers” and the “congregation” [of believers] identified at the end of verse 22:

In verse 24, the Psalmist is probably still addressing the brothers in the congregation and providing the ground or basis for his call to praise and glorify and stand in awe. Though it also seems possible that this verse has once again shifted in its audience, this time to focus on the Psalmist himself, as if he’s trying to reassure himself of his confidence even as he’s calling others to do the same:

For he has not despised or abhorred
the affliction of the afflicted,
and he has not hidden his face from him,
but has heard, when he cried to him.

From you comes my praise in the great congregation;

The second half of the same verse is clearly talking about God rather than to him (which still does not tell us exactly who is being addressed). This continues on through verse 26, at the end of which we have a plural group being addressed, so by that point we can rule out the Psalmist himself alone as being addressed:

my vows I will perform before those who fear him.
The afflicted shall eat and be satisfied;
those who seek him shall praise the Lord!
May your hearts live forever!

Verse 27 is another mixed bag. The first half refers to the LORD in the third person, as the Psalmist addresses himself, an earthly audience, or simply “ascribing” something to the LORD. And then the second half shifts again to addressing God as the one who shall be worshipped:

All the ends of the earth shall remember
and turn to the Lord,
and all the families of the nations
shall worship before you.

The rest of the Psalm refers to God in the third person rather than the second person. Is this the Psalms fulfilling his words of verse 22 or 25? Is he convincing himself of these truths?

For kingship belongs to the Lord,
and he rules over the nations.

All the prosperous of the earth eat and worship;
before him shall bow all who go down to the dust,
even the one who could not keep himself alive.
Posterity shall serve him;
it shall be told of the Lord to the coming generation;
they shall come and proclaim his righteousness to a people yet unborn,
that he has done it.

Like much of my journeying in the Psalms, I have as many (if not more) questions at the end as when I started. But one of my takeaways is this: The Psalms as prayers are much more than directly addressing God. Even in my own life of faith, I can’t focus on God without the world barging in, nor vice versa. There’s a fluidity to my inner monologue, my prayers to God, and my engagement with the world. My life of faith is no more compartmentalize-able as are the Psalms themselves.

[Keep up with my progress HERE.]

Blessed Lord, You have caused all Holy Scriptures to be written for our learning. Grant that we may so hear them, read, mark, learn, and inwardly digest them that, by patience and comfort of your Holy Word, we may embrace and ever hold fast the blessed hope of everlasting life; through Jesus Christ, our Lord. Amen.