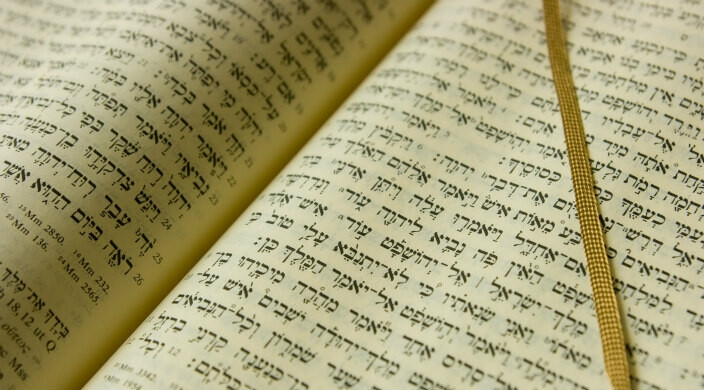 Six psalms in.  I’ve got six psalms memorized.  But as of the writing of this post, I have yet to be able to recite or type all six consecutively without a mistake.  Sometimes I miss a plural: “Was it 'counsels' or 'counsel'?”  But more often, I get stumped by the first word.

Then I peek at the first phrase.  “Answer me when I call, O God of my righteousness.”  Actually, all I really need to see is the first word.  “Answer.” And then I’ve got it.  I roll through the rest of the psalm like it’s the most natural thing in the world (that is, once I’ve memorized it thoroughly).  But even when I have a psalm well-embedded in my brain (and hopefully heart), I can’t recite it without the first word.  And if the first word doesn’t come to me, none of the subsequent words will either.

These moments of blanking have been humbling and frustrating.  But they’ve also been teaching me.  I came across the idea of “Action Triggers” when I was training for my first Ironman triathlon.  And I’ve bumped up against very similar ideas in James K.A. Smith’s Desiring the Kingdom (which I’m about half-way through right now and I’m loving it!).  The idea is that our brains and bodies love automation.  It’s what’s at play when you arrive home from work and can’t remember driving.  We are wired to hardwire patterns of thought and behavior so that we don’t have to consciously make millions of decisions every day.

You can think about it as automation, or habits, or rituals.  I’ll often think about it as inertia.  My running life is defined by inertia. An object at rest stays at rest; an object in motion stays in motion.  If I am in my running groove, I run just about every day and don’t have to think about it; it’s just what I do.  But when I’m out of my groove (as often happens during the recovery window after a race), I can go weeks and months without lacing up my shoes.  And when I finally do put in the mental effort and go through the arduous task of scheduling a run, finding appropriate clothing, lacing up my shoes and stepping out the door…it’s hard!  It’s not easy or fun.  Sometimes, it takes weeks before it feels ‘normal’ or ‘fun’ again.  I’ll come home and say, “I can see why people hate running!  If I didn’t know what was on the other side of this part, I don’t think I could keep doing this day after day.”

But once I’ve developed the habit (which usually comes from lots of internal soul searching and bribery), running can once again be normal and natural and I’m able to all of a sudden find myself out on the trail without recalling all the mental effort it took to get me out the door for the first run of the season.

With running, it might be putting on the running clothes and then seeing if I feel like heading out (hint: this actually works; tell yourself, “I’m going actually going to run, I’ll just wear the clothes” and it makes the first step so much easier, that the next step of actually going out is almost certain to happen).  Or maybe it’s as simple as setting out my shoes the night before and tripping over them on my way to the bathroom.

Whether it’s a physical goal, a mental challenge, or a spiritual discipline, the first step is often the most difficult.  “A job begun is half done” (or something like that).  I like big challenges.  But I’ve found that most big challenges aren’t that big.  Rather, they are thousands of very small challenges strung together.  Most people balk at the big challenge.  Many who embark on a big challenge get bored by the little tasks it turns out to be.

When I’m at my best, I’m able to stay “solution focused.”  And being solution focused usually comes down to something quite small.  And that small moment typically has to do with the beginning.

Another influential book in my life has been “How to Live on 24 Hours a Day” by Arnold Bennett.  I’ll let you look it up (it’s in the public domain).  He says it like this: “The proper, wise balancing of one's whole life may depend upon the feasibility of a cup of tea at an unusual hour.”

For my current project, I’d say it like this: “The memorization of the entire book of Psalms may depend upon the feasibility of creating a silly doodle of a single capital letter.”

May God grant you creativity and perseverance in the most minute obstacles you face.

Blessed Lord, You have caused all Holy Scriptures to be written for our learning. Grant that we may so hear them, read, mark, learn, and inwardly digest them that, by patience and comfort of your Holy Word, we may embrace and ever hold fast the blessed hope of everlasting life; through Jesus Christ, our Lord. Amen.